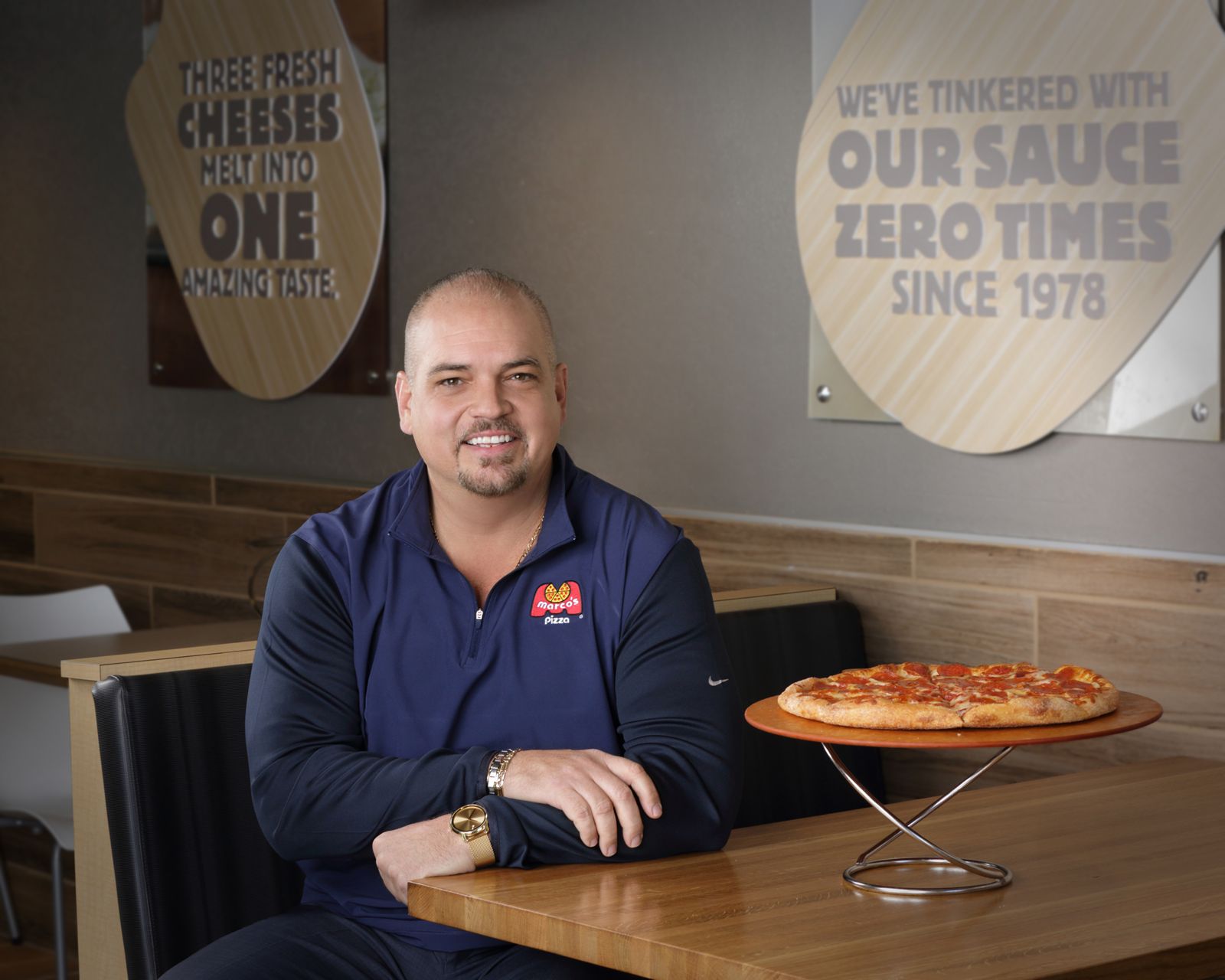 Toledo, OH  (Restaurant News Release)  In a move to bolster its growth strategy and strengthen the brand following a record-breaking year, Marco’s Pizza announces the promotion of President & Chief Operating Officer Tony Libardi, to Co-CEO & President effective Dec. 28, 2020. In preparation for a long-term transition of leadership, Libardi joins forces with Jack Butorac who has been Chief Executive Officer since 2004. Together, their deeply rooted passion and understanding of leadership and innovation allows Marco’s to seamlessly deliver results, profitability and growth for its franchisees and other stakeholders.

Libardi provides a strong resume of accomplishments since joining the brand from Burger King in 2014 boosting same store sales growth, doubling store count and driving profitability for franchisees. With 30-years’ experience in restaurant operations, Libardi put Marco’s in a position to accelerate growth by moving to a single point-of-sale system, instituting operational standards, launching Marco’s first national advertising program, and strengthening its digital sales by introducing enhanced online ordering, a mobile app, and embracing third-party delivery services. This solid foundation matched with his focus on performance and enhanced communications with his leadership team and the field, enabled him to lead the Marco’s Pizza team to achieve a record-setting year in 2020, despite the challenges brought on by the pandemic.

Libardi led the Marco’s team to achieve historic record-breaking sales, pilot new innovations, sign 114 new store commitments, and open more than 70 new locations, including the brand’s milestone 1,000th store – all while supporting communities nationwide via its ‘You can Count on Marco’s Pizza’ commitment.

“To say Tony is deserving of this promotion would be an understatement,” said Butorac, now Chairman & Co-CEO at Marco’s. “Under Tony’s leadership, Marco’s evolved into a performance-driven culture that revolves around putting ‘People First.’  Marco’s has doubled in size with a tremendous group of franchise partners. We are very proud of the dedication, commitment and the overall impact he’s had on this brand. I’m confident Tony will be a driving force behind the continued success of Marco’s as we head into a new era as a 1,000-plus unit national brand.”

The brand’s impressive expansion has earned multiple awards wins, including being ranked No. 2 in the Pizza Category on Entrepreneur’s Franchise 500 and nabbing the No. 2 spot again on Entrepreneur’s List of Top Franchises to Buy in 2020. Marco’s has set aggressive expansion goals to nearly double new store commitments in 2021 as it seeks single and multi-unit operators throughout the United States and internationally.

“It has been an honor to be part of the tremendous growth of this brand,” said Libardi. “The success we’ve seen is a collective effort of our incredible executive leadership team, our committed Support Center, and all our franchisees and team members at the store level who deliver on our brand promise each and every day. I am humbled to step into this new role and drive our brand’s stellar reputation forward as we catapult Marco’s into the national spotlight.”

Libardi’s hard work, dedication, and commitment to Marco’s has not gone unnoticed. His efforts have been instrumental in setting the business foundation for the Marco’s of the future, as he sets his eyes on the next 1,000 stores. By focusing on People, Business and Community Health, Marco’s has been able to pivot and quickly change its policies, operations and marketing to align with its future path.

The pandemic accelerated several innovations and pilot programs including piloting ghost kitchens in several strategic markets, rapid expansion of third-party delivery, new contact-free delivery and curbside pickup options and testing of robotic kitchen innovations that improve efficiencies without compromising pizza quality or craftmanship. Marco’s is committed to the future and beyond as the company continues to push forward with new openings and signed agreements during the COVID era.

As the only national pizza franchise founded by a native Italian, Marco’s has carved out a niche in the industry for authentic Italian quality pizza. The brand is known for its fresh dough made in-store daily, three signature cheeses that are fresh, never-frozen, and its original sauce recipe from founder Pasquale Giammarco.

Opening a new store every three and a half days on average, the Top 50% of its franchised stores generated $918,047 AUV for 2019*. For more information on Marco’s Pizza franchise opportunities, visit www.marcosfranchising.com or call 866-731-8209.

Marco’s Pizza is America’s Most Loved and Most Trusted Pizza Brand, according to the 2019 Harris Poll EquiTrend® Study. Headquartered in Toledo, Ohio, Marco’s Pizza is one of the fastest-growing pizza companies in the United States. Marco’s was founded in 1978 by Italian-born Pasquale (“Pat”) Giammarco and thrives by making authentic Italian quality pizza with fresh ingredients. The company has grown from its roots as a beloved Ohio brand to operate over 1,000 stores in 34 states with locations in Puerto Rico and the Bahamas. Most recently, Marco’s Pizza was ranked No. 2 in the Pizza category on Entrepreneur Magazine’s 2020 “Franchise 500” ranking, and No. 6 in the Largest Pizza Chain category on Restaurant Business’ 2020 “Top 500 Chains” ranking. Other recent accolades include ranking No. 4 in Forbes 2019 “Best Franchises to Buy” Small/Medium Investment and ranking five consecutive years on Nation’s Restaurant News’ prestigious “Top 200” ranking.

*Based on the Average Unit Volume of the top 50% of our Franchised Stores for fiscal year 2019. Based on fiscal year 2019, 127 of 291 Franchised Stores in the category (38%) met or exceeded this average. This information appears in Item 19 of our 2020 FDD – please refer to our FDD for complete information on financial performance. Results may differ. There is no assurance that any franchisee will perform as well.