The 30-year restaurant-industry veteran is preparing to help the North Carolina-based better breakfast, brunch and lunch concept double its footprint over the next three years.

Charlotte, NC  (Restaurant News Release)  Famous Toastery, the 25-plus unit better breakfast, brunch and lunch franchise, has announced the addition of Michael Mabry to its executive team as president. Mabry will play an instrumental role in the franchise’s plans to reach 50 units – doubling its current footprint – by 2024.

Mabry, whose personal and professional mantra is “People. Food. Life” has a love of the restaurant industry that runs deep, having been in the industry for 30 years. He has held positions in several different roles in the food and beverage world – from line cook to chief operating officer to president – and considers himself fortunate to have learned something in each one. Mabry brings his last 20 years’ experience working with franchise brands as President and Chief Operating Officer of MOOYAH Burgers, Fries & Shakes, Executive Chef and Director of Franchise Operations at Macaroni Grill, and Chief Development Officer of Fuzzy’s Taco Shop to Famous Toastery. He is now looking forward to working with Robert Maynard, CEO and founder, and his team at the ‘famous’ better breakfast, brunch and lunch brand.

“I saw this as an opportunity to join a great company with a great culture and great people,” Mabry stated. “I have two passions in life: people and food. Famous Toastery checks both of those boxes for me.”

Mabry praised both Maynard and Brian Burchill, founder and CBO at Famous Toastery, for the work they have done “building a phenomenal team.” The food at Famous Toastery also warranted Mabry’s praise, with the new president mentioning that “the quality of food that’s put on the plate every single day is exceptional.”

The 26-unit restaurant franchise, having made it through the pandemic without sacrificing quality, is now preparing for more growth into new territories. Maynard is confident that Mabry’s addition to the leadership team will propel the brand’s success as it grows out of its headquarters market of Charlotte, closing out the Carolinas and further expanding into Virginia and Tennessee.

“We are at a better point than ever before to enter new markets, especially beginning around our home-base territory of North Carolina, where consumers know us,” said Maynard. “With this strong foundation we already have, we’re poised for growth. And with expert guidance from Mabry, someone who knows nearly every aspect of the franchise and restaurant industry, we have a winning team.” 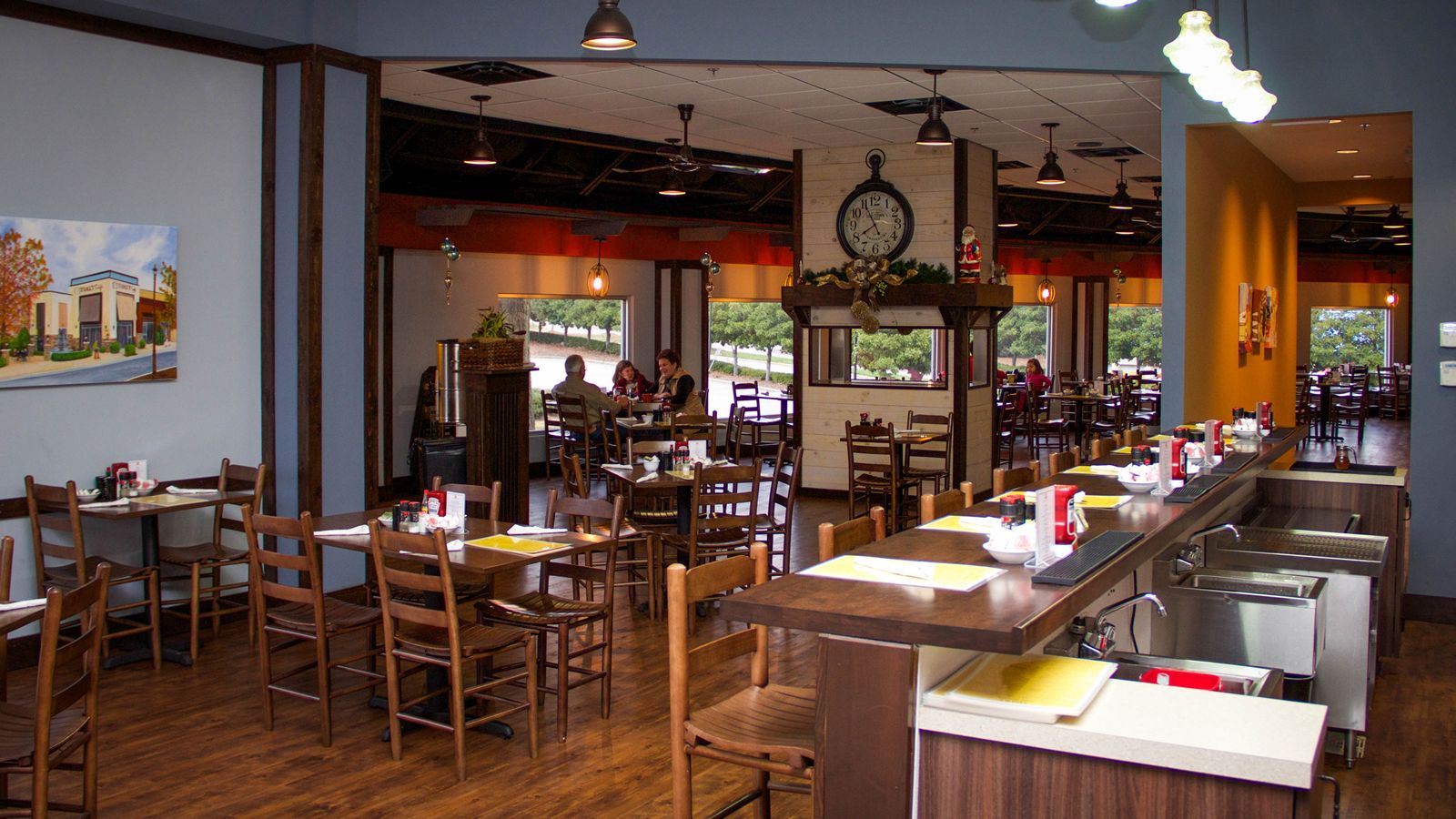 Mabry agrees with Maynard’s approach to expanding the business starting with the territories in and around the Carolinas.

“The Carolinas and a few adjoining states will have that base of consumers that recognize the brand – after all, it’s ‘famous’ in North Carolina. And, one of the things that we feel is important is to ‘get famous’ in our current markets and in our current region before we start to expand too far out of it,” Mabry said. “Quite frankly, the amount of guests that come in from other towns in the Carolinas and express interest in having the franchise in their towns gives us input to consider. We’re really just listening to what our consumers are telling us, looking at the demand and making the strategic decisions along the way.”

With a marketing plan to saturate the Carolinas, Virginia and Tennessee, Maynard’s vision is to sell eight to 10 deals in 2022 and to feasibly open four to six restaurants next year. Looking long-term into 2024, the brand is aiming to have 50 locations open. The rollout strategy is to first target Charlotte, then the Research Triangle, then the Blue Ridge Mountains and then any other areas of possibility. Maynard expects this organic approach to attract a diverse group of potential franchisees who bring an entrepreneurial spirit to the brand. And this is one of the most exciting parts for Maynard.

“Finding the right person is really exciting, and giving them the right tools is exciting, but we’re going to be patient and grow in a smart way with the right partners,” he said, as he looks toward expanding the franchise system.

The role Mabry is in is one he described as fluid, where he can work with a strong, agile team to accomplish big goals using his decades of experience.

“I’m here to help bolster what’s already a great and thriving brand and maybe use some of my experiences,” said Mabry. “I’ve had successes and mistakes over the past 30 years. I’ve made a lot of mistakes. So I know what to look for when it comes to those mistakes. I want to continue to drive the winning culture of this brand that Robert and I feel so strongly about. And quite frankly, we want the brand to grow to be ‘famous,’ hence the name Famous Toastery.”

Charlotte, N.C.-based Famous Toastery began in 2005 in a small house-turned-restaurant where best friends Brian Burchill and Robert Maynard opened their first breakfast spot. Never compromising fresh ingredients or friendly service, Famous Toastery evolved into a franchise system in 2013 and now has over 25 locations. In 2020 and 2019, Famous Toastery placed on Restaurant Business’ The Future 50, featuring the fastest-growing small chains. Famous Toastery was ranked No. 9 in the Full-Service Restaurants category of Entrepreneur Magazine’s Top Food Franchises of 2019 and on Entrepreneur Magazine’s Franchise 500 Rankings in 2019. In 2018, Famous Toastery received recognition by CNBC as a top franchise to buy, FSR Magazine as one of the Top 14 restaurant chains ready for lift-off, Inc. 5000’s list of the fastest growing companies and Franchise Times’ Top 200+ franchise opportunities. For more information about Famous Toastery, visit http://www.famoustoastery.com. To learn about franchising opportunities, please visit http://www.ownatoastery.com.