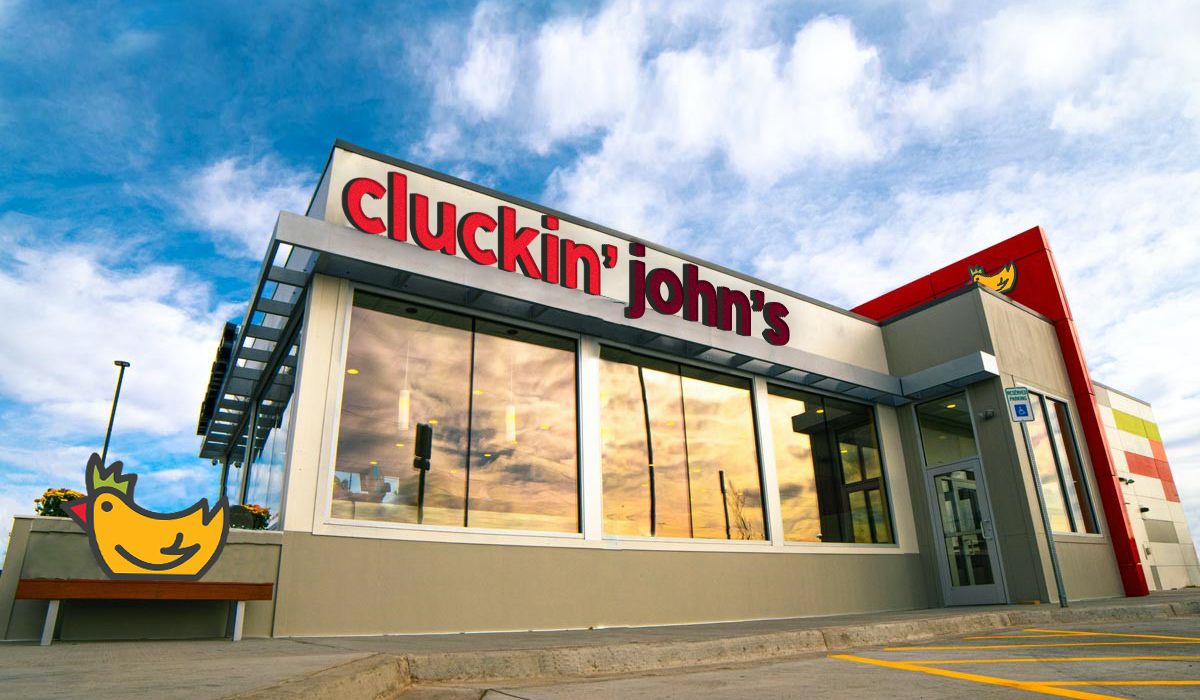 Cheyenne, WY  (Restaurant News Release)  The Fried Chicken War is so 2000 and late. Who needs another boring chicken sandwich, with all its excess bread and faux “originality?” Meanwhile, who isn’t peddling chicken wings? Are there even any left?

On June 14, Taco John’s is taking the chicken battle in a completely new direction, and they’re not clucking around.

The popular quick-service restaurant announced today the introduction of Cluckin’ John’s, a stand-alone sub-brand that will go beak-to-beak with all the other chicken chains with its singular, innovative menu item: the all-new, bigger. bolder. better. Fried Chicken Taco!

That’s right. It’s time to ditch the bun and savor the flavor of crispy all-white meat chicken tenders topped with your choice of two unique sauces – jalapeño ranch or new chipotle lime sauce – all tucked inside a warm flour tortilla. At just $2.49 each, your wallet will be just as grateful as your taste buds!

Look for a Cluckin’ John’s near you soon. Many potential franchisees have already expressed interest in being the first to open this revolutionary concept with its distinctive restaurant design and craveable Fried Chicken Tacos. Interested franchisee candidates can call 775-CLUCKIN to get in on the action. (See renderings for the new Cluckin’ John’s prototype here).

“We are thrilled to be the first brand in our category to debut this exciting Fried Chicken Taco concept!” said Taco John’s Chief Marketing Officer Barry Westrum. “It’s like when chocolate met peanut butter, when ham met cheese or when spaghetti met meatballs. Fried chicken in a tortilla is a total game changer! It’s bold and distinctively delicious, because the flavors burst through the tortilla, rather than getting lost in a bun. We all noticed our mouths were watering more and more with every bite. That’s when we knew we needed to introduce this product to America with its very own brand, Cluckin’ John’s!”

For now, chicken lovers can order Fried Chicken Tacos a la carte, as a combo meal or in multi-packs at their favorite Taco John’s. 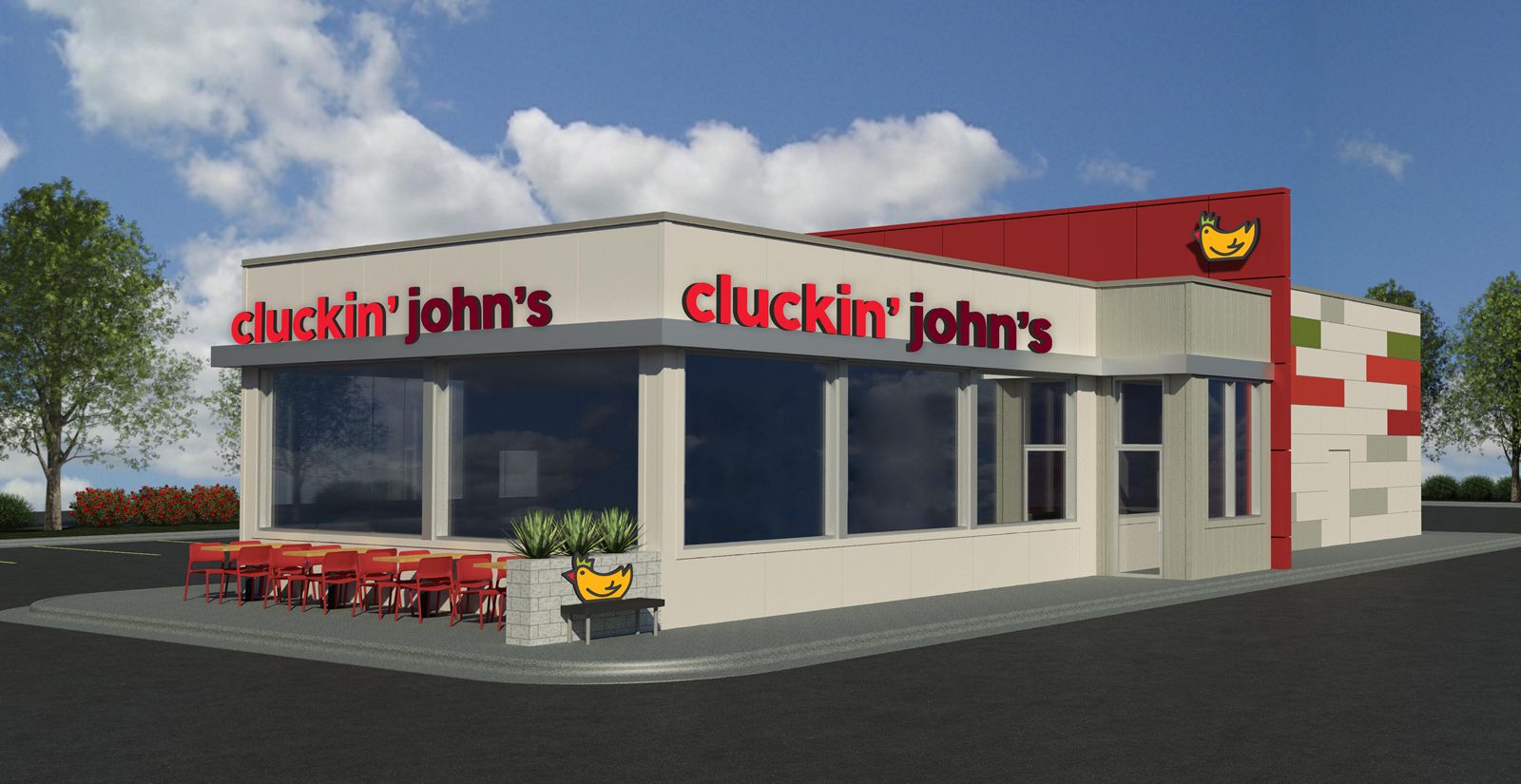 Founded in 1969 in Cheyenne, Wyoming, Taco John’s® has been serving bigger. bolder. better. flavors for more than 50 years. Now, Taco John’s operates and franchises nearly 400 restaurants in 22 states – making it one of the largest Mexican quick-service restaurant brands in America. With bold originals like Potato Olés®, Taco John’s knows how to Olé The Day. Taco John’s prides itself on serving generous portions of its signature menu items that are made-to-order using fresh, high-quality ingredients, seasonings and sauces. The brand was listed No. 2 in the “Mexican Food” category on Entrepreneur’s “Top Food Franchises of 2020.” Taco John’s is led by CEO Jim Creel who was named one of “The Most Influential Restaurant CEOs in the Country” by Nation’s Restaurant News in 2020. For more information, visit tacojohns.com and follow Taco John’s on Facebook, Instagram and Twitter.